Gurudev Swami Nityananda was raised from birth in an environment of yoga and meditation. His parents were devotees of Bhagavan Nityananda and Baba Muktananda. He was trained from childhood by Baba, and in 1981, Baba declared that Swami Nityananda would succeed him to carry on the lineage.

Gurudev learned the various yogic practices, including meditation and Sanskrit chanting, and studied the philosophies of Vedanta and Kashmir Shaivism. In 1987, Swami Nityananda founded Shanti Mandir as a vehicle for continuing his Guru’s work and subsequently established four ashrams. In 1995, at the age of 32, at a traditional ceremony in India, the saints installed him as a Mahamandaleshwar in recognition of his spiritual attainments. 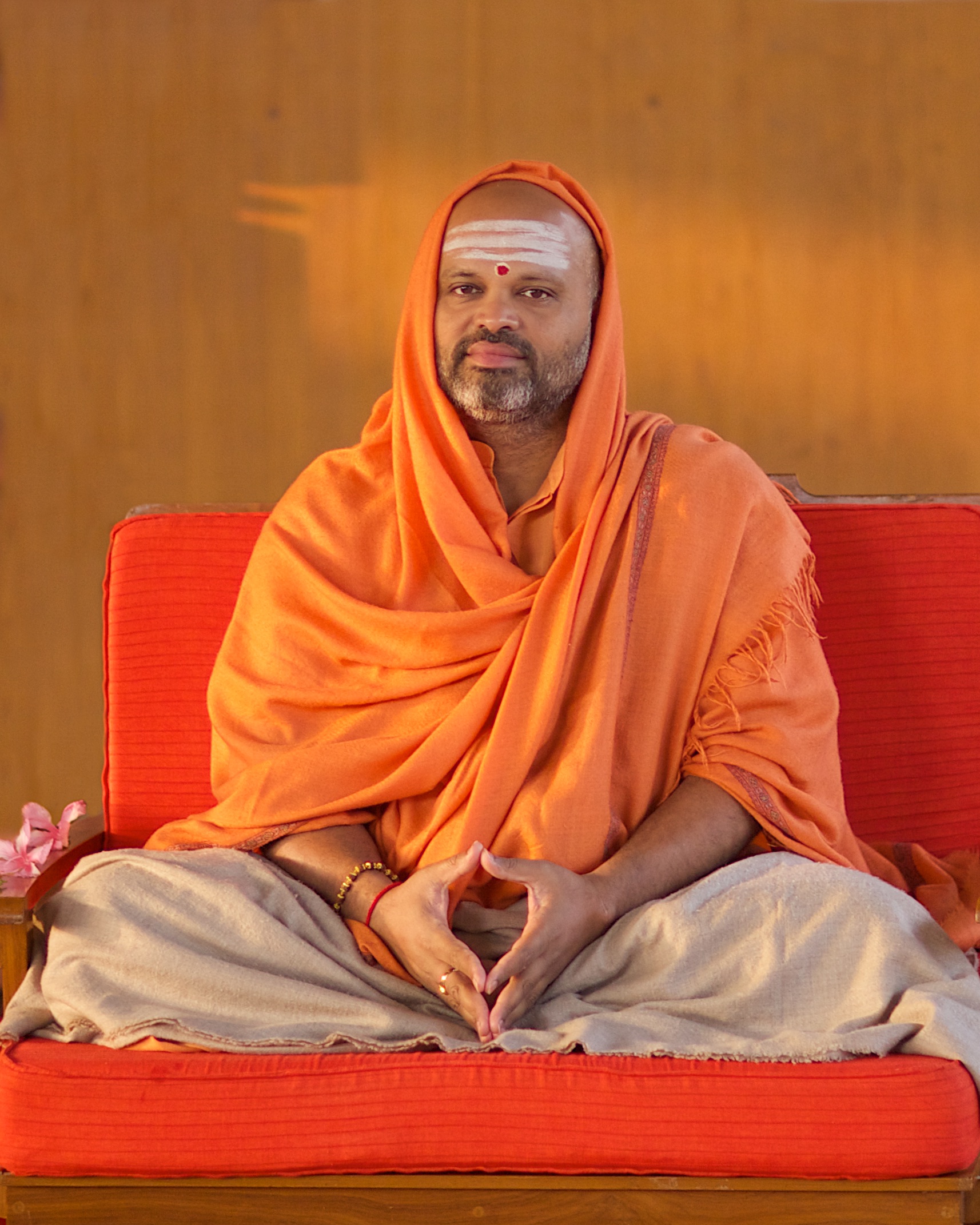 His ashrams also support a number of community projects and charitable activities around the world. He travels between the ashrams each year, sharing the spiritual practices and teachings in which he has been initiated. His humility, devotion, patience, and acceptance are palpable, his ability to speak English and his knowledge of the Western culture, allows audiences to grasp the traditional Vedic teachings with ease. While carrying the traditional teachings, he makes spirituality a practical part of modern daily reality, guided by the prayer “May all beings be content.”

“We must dive deeper within ourselves, we must become established in the knowledge of the Truth.” – Mahamandaleshwar Swami Nityananda